The Beginners Guide to NFT: What are Non-Fungible Tokens?

Though introduced in 2014, investing in NFT became popular in 2021, when various celebrities announced that they had made millions by selling digital files like memes, tweets, and videos.

For instance, in 2021, DJ Steve Aoki made $888,888 from his hairy token, Jack Dorsey sold a tweet for $2.9 billion, and Beeple sold a meme for $6.6 million. Since then, several millennials have made six figures selling NFTs.

If you are a beginner who is yet to fathom what non-tangible tokens are, this beginner’s guide will bring you up to speed. It sheds light on what non-fungible tokens are and how they function.

In simple words, a non–fungible token is a digital asset representing a real-world collectible. In most cases, non-fungible tokens exist as memes, avatars, domains, photos, audios, videos, and games.

Since no two non-fungible tokens are alike, they are not interchangeable for like to like. As well, they cannot be broken into smaller units. These characteristics make them different from fungible assets like cryptocurrency.

How do Non-Fungible Tokens Work?

Like any digital asset, owners of a non-fungible token can sell it for real money or cryptocurrency. The trade occurs on an NFT market, a place where you can buy, store, sell, or even mint non-fungible tokens.

Buying and selling non-fungible token is straightforward. You will just need to set up a digital wallet, open a user account on your favorite NFT market, upload your file, and then set a price for your token.

You will find requests from buyers who would want to purchase. Wondering why one would buy a photo, video, or digital file that can be accessed freely online? Well, most buyers prefer the bragging rights that come with ownership, rather than the file itself.

How do you Own Non-Fungible Tokens?

At first, you would associate NFT market with celebrities who have video, audio, and any other high-value digital file. Nonetheless, that is not the case always. Anyone, like you can own non-fungible tokens.

In many cases, people own non-fungible tokens through buying. This is the easiest way of ownership for people who lack those unique, high-value meme, video, audio, picture, or painting that is worth buying.

Besides buying, you can mint the tokens on popular blockchains. Some of the places where you can do minting include Secret Network, Solana, Tezos, OpenSea, Ethereum, Binance NFT, and FLOW.

Are Non-Fungible Tokens worthy it?

Non-fungible tokens are worth it. Many investors have made thousands of dollars selling videos, paintings, memes, and other digital files. A good example is Twitter’s founder who made a stunning $2.9 million from selling his first tweet.

Jack Dorsey is not the only one who has made huge proceeds from selling NFTS. But, other little-known millennials have made several dollars selling the non-fungible tokens. For example, in 2022, Brittany Pierre, a less popular photographer made $109000 from a photo.

Although profitable, investing in non-tangible tokens is speculative. You will not always make profits. Therefore, if you are an average investor, it would matter to study the NFT market before you start trading.  That way, you will make fewer losses from this speculative form of investment.

What’s the Future of Non-Fungible Tokens?

A Google report released in 2021 revealed that user interest in non-fungible tokens rose by 426% from the previous years. Experts claim that the trend is likely to keep increasing since this form of investment keeps getting more popular.

Other reports show that the total sales of NFTS hit $25 billion in 2021. That was a terrific increase from $94 million in 2020. The upward trend is likely to keep growing since non-fungible tokens have broken into the art, games, fashion, banking, and sports sectors.

They are no longer a preserve for celebrities involved in art.

Non-fungible tokens are digital assets that represent real-world collectibles, real estate, sports cards, games, videos, and audio. The tokens can be sold for real money or exchanged for cryptocurrency. Already, forward-looking investors like Jack Dorsey, Steve Aoki, Mike Winkelmann (Beeple), and Brittany Pierre have amassed thousands to millions of dollars trading NFT. But, given its speculative nature, you would need reasonable acquaintance to trade profitably. 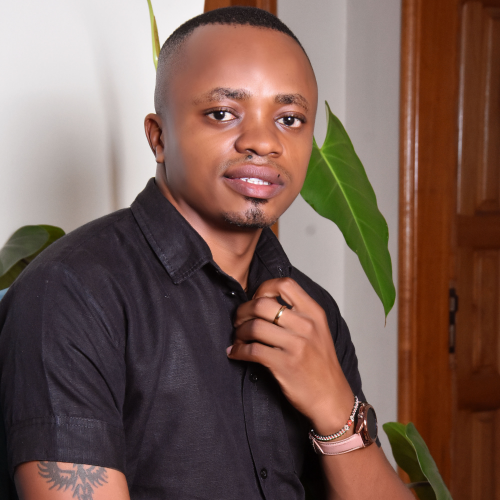 Herman Kariukihttps://mybusinessweekly.com
Herman Kariuki is a digital marketer and proprietor at MyBusinessweekly and Khermani, covering Legal, Business, and Entrepreneurship Topics. Herman Kariuki is a Serial Entrepreneur who has worked in multiple fields in Writing, Legal, Media $ Content Advisor. He also serves as a PR specialist and business consultant who excels in the art of leveraging press for a brand with social media campaigns & digital marketing strategies like the Electronic Press Kits. Herman is an avid traveler and an enthusiastic designer who puts your thoughts into art.

Subscribe to get the latest news, offers and special announcements.